News Ticker
Our Nordic Barista Cup trip to Costa Rica has continued to be nonstop — it’s been so busy, in fact, that I’ve not blogged as much as I had hoped to. Please see the April/May issue of Barista Magazine for an in-depth article about all the coffee adventures that this wonderful group has enjoyed in the spectacular country of Costa Rica, thanks to the generosity of Mercanta and Cafe Noble, our gracious trip sponsors.

Since I’ve only got a short time on the computer, and well, we all know I can be long winded, I’m going to focus this post more on photos than text. Like I said, you can read all about our trip in the April/May issue. For now, here are some snapshots of this adventure of a lifetime… 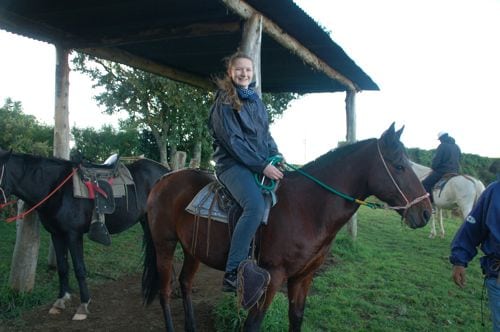 Very early on Thrusday morning (6:30 a.m.!), Ea, Morten, Jens, Heili, Francois, and I went for an incredible horseback ride through the magestic mountains outside of Naranjo. In this photo, Ea sits atop her trusty steed, Caramel. 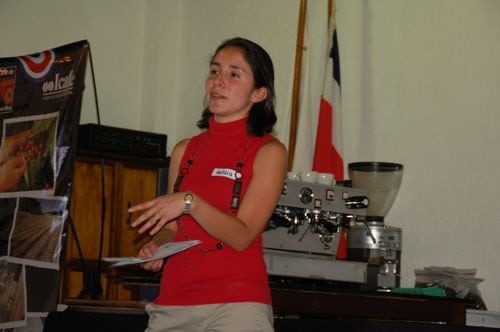 After our horseback ride and an awesome breakfast of chocolate pancakes at Rancho Amalia, we bid farewell and were on our way to C Cafe, the country’s specialty coffee association. We were in for a whole day of fun — cupping, competition, latte art, roasting — with local baristas. In the photo above, Natalie from C Cafe tells us about the day we have in store. 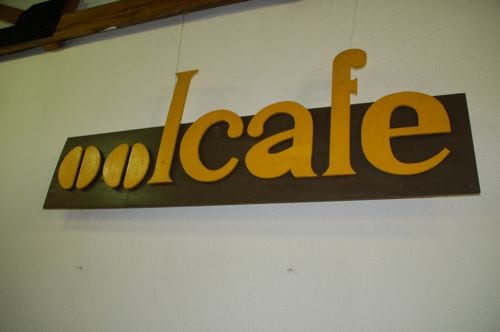 Our hosts for the day were so gracious, and we were thrilled to be there. 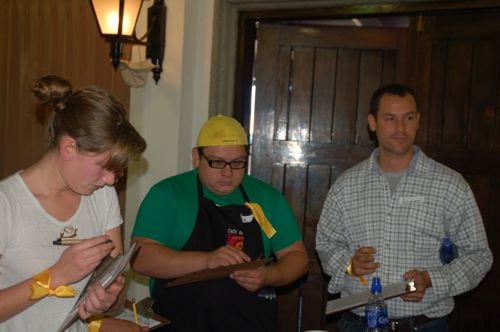 It was a great treat to get to cup coffees from all the farms we had visited throughout the week, and with baristas from Costa Rica who knew the coffee well. 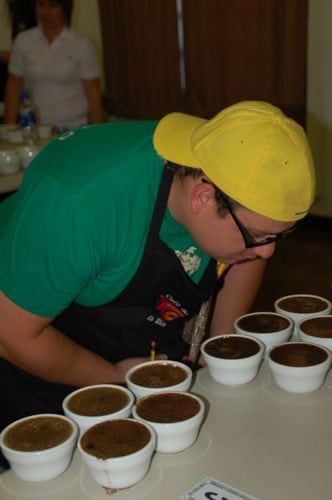 Here is the awesome Alex, who I actually first met in Atlanta. He’s a great guy, super fun, and the Costa Rican barista community is lucky to have him! 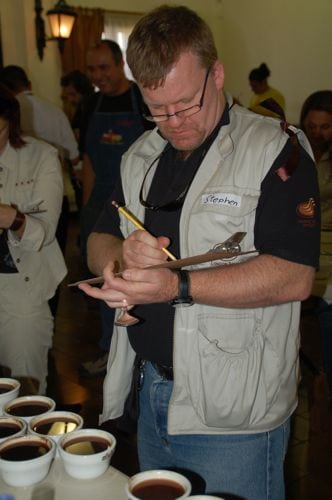 Above, El Jefe de Mercanta, Stephen Hurst, cups the coffees. He was such a blast to hang out with, and a virtual font of information. 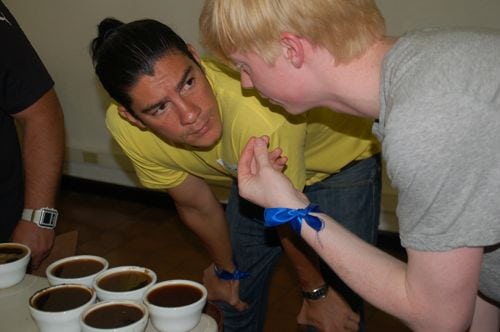 This is what it’s all about! Manuel, the Costa Rica Barista Champ from 2008, talks with Morten, the Danish Barista Champ of 2009, about cupping protocol. This exchange between baristas was so awesome to see, and a great learning experience for all involved. 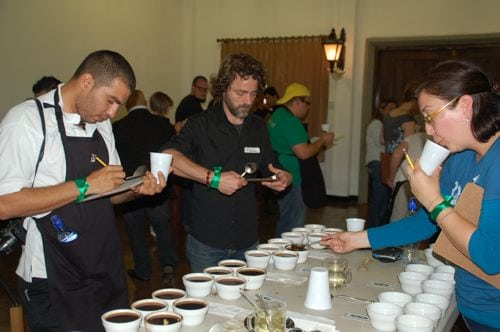 We cupped eight coffees altogether, and it was blind. After the exercise, we discussed each coffee for a long time. 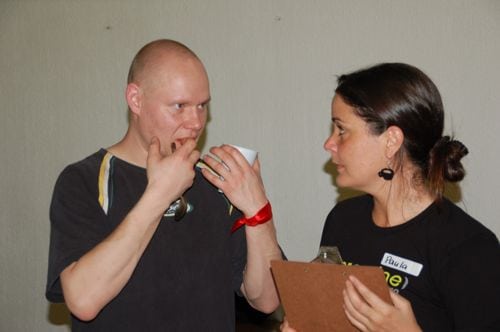 Above, Samuli and Paula discuss the finer points of the Herbazu. 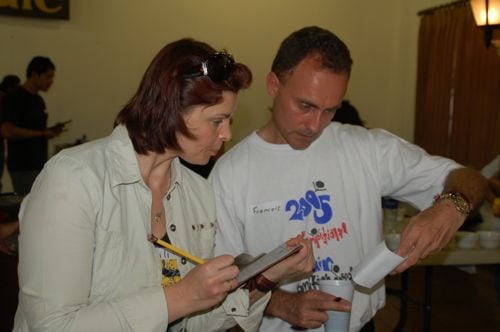 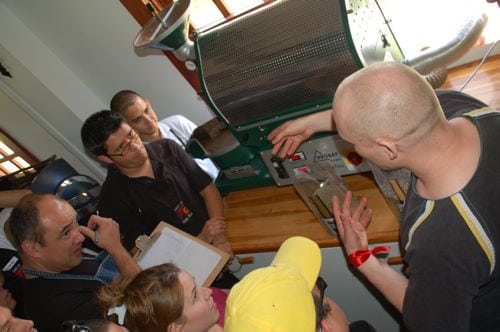 After the cupping and discussion, Samuli led the group in a roasting demonstration. The crowd was transfixed, and Samuli did a great job of explaining the roasting parameters and goals in an east to understand manner. 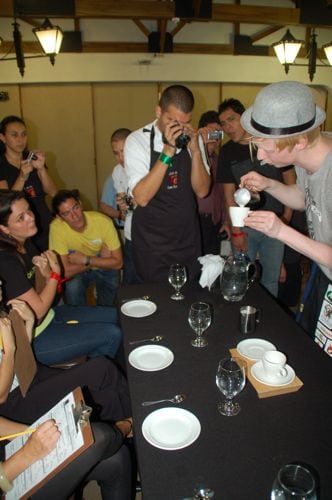 Next up: an impromptu competition performance by Morten. Now, this was really cool. Paula had asked Morten just the night before if he would be willing to give a competition performance for the baristas from Costa Rica. And Morten went all out: he used one of the coffees from a farm we had visited, and created a signature drink, speech, soundtrack, and theme on the spot. He had judges using the WBC scoresheets, and h asked the crowd to gather right around him, so they could see what he was doing. It was sooooo cool. 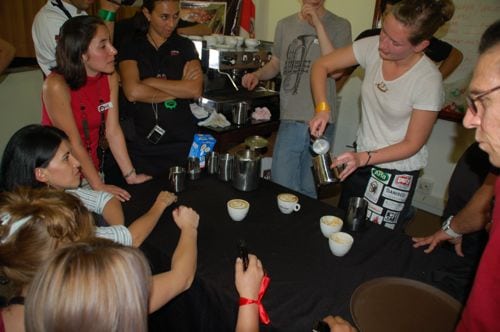 After Morten’s performance, Ea led the group in a latte art demonstration. Ea, by th way, came in second in the 2009 Danish Barista Championship, and first in the national latte art competition. And she’s just a damn fun, smart girl in general. 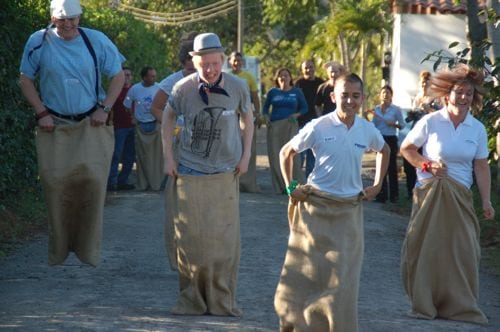 So… you are wondering what Jens is doing bouncing around in a coffee sack? Well, this was Alexs genius idea: a Coffee Rally! Really, it reminded me of a Reward Challenge on Survivor… The group was broken into teams of five or six, and then they had to compete in a series of exercises. They began with this coffee sack race, and then they had to carry full coffee bags for a distance. Then, they had to answer tricky questions about the history of coffee. And finally, the entire team had to race to the finish line. 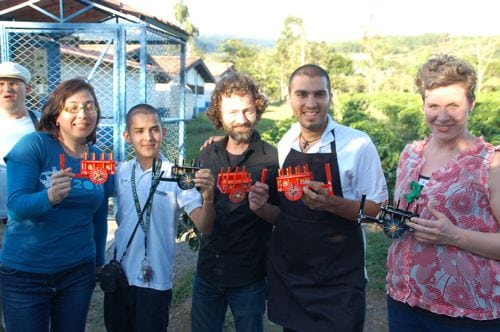 The winning team with their trophies: beautiful traditional oxcarts. 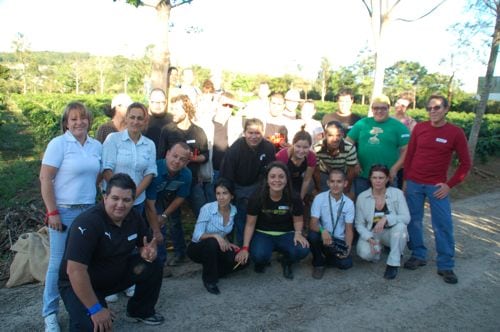 At the end of the Rally, the entire group posed in front of C Cafe’s beautiful coffee garden. It was an incredible day, and everyone in the group felt so fortunate for the wonderful experience that C Cafe provided us. Thank you, C Cafe! 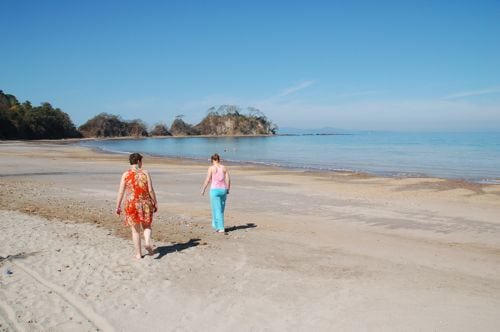 We drove from C Cafe to Puenta Leona, which is a beach community on the coast of Costa Rica. It was dark when we arrived, and we were tired and ready for bed. But we were up early the next morning to check out our awesome surroundings. Here, Karen and Bjorg take a stroll on the beach. 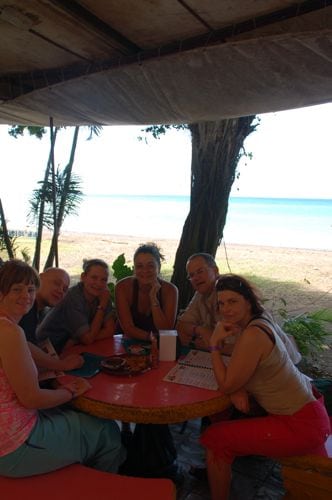 After a morning at the beach and by the pool, Francois took us to a totally cool seafood restaurant on the beach — it was ON THE BEACH! We arte lobster and drabk cervezas and had an all around great time. 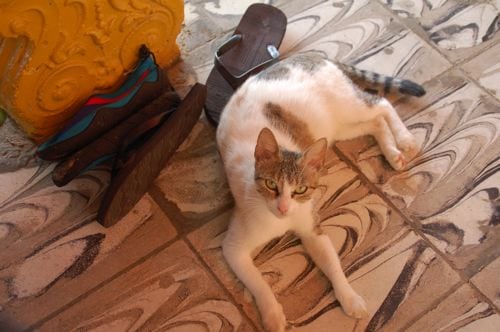 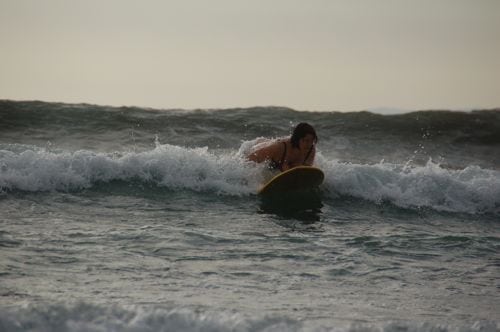 And then, we headed to a famous surfer beach, where many in the group took surf lessons! Above, Heili’s gets her surf betty on. 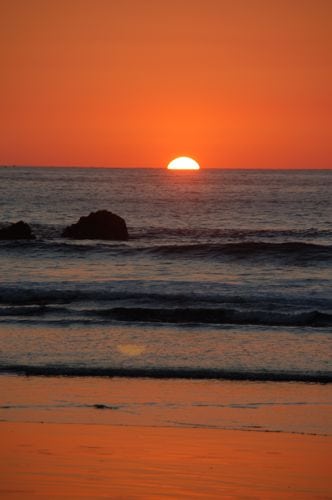 With everyone happy and exhausted, we sat on the beach and watched the incredible sunset. 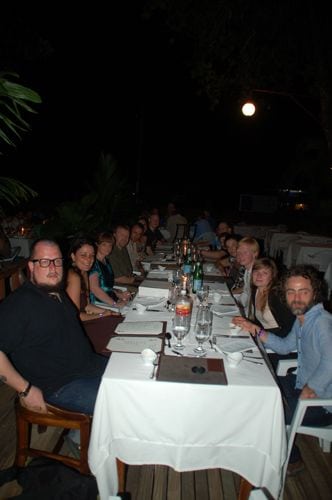 After we washed the sand from our tired bodies and changed into nicer clothes, Francois, Flori and Stephen treated us to a simply astounding dinner in Jaco. It was seriously fabulous. More lobster, more vino, more desserts, more wonderful conversations with wonderful coffee people. 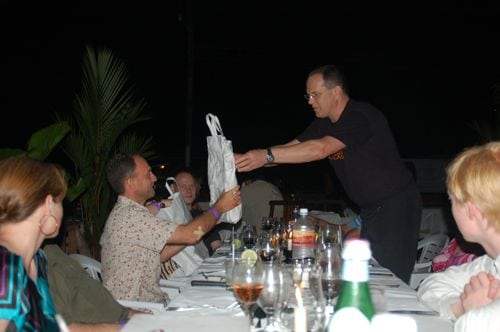 Jens gave a touching speech at the end of the dinner, and presented ur hosts with gifts to show our appreciation. 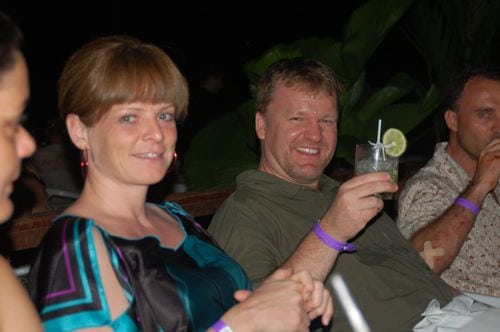 What an incredible trip this has been! The happy faces of Bjorg and Stephen in the photo above sum it up. Thank you again and again to our incredibly generous, insightful and truly lovely hosts from Cafe Noble and Mercanta. This has been an experience none of us will ever forget.

About Sarah 918 Articles
Sarah Allen (she/her) is co-founder and editor of Barista Magazine, the international trade magazine for coffee professionals. A passionate advocate for baristas, quality, and the coffee community, Sarah has traveled widely to research stories, interact with readers, and present on a variety of topics affecting specialty coffee. She also loves animals, swimming, ice cream, and living in Portland, Oregon.
Website

Here we all are, in beautiful Costa Rica… After the entire group had assembled in San Jose, Costa Rica, hailing from Denmark, Estonia and the United States on Saturday, we all relaxed for an afternoon […]

We’ve been here in Costa Rica for several days now, and the activities have been nonstop! Each morning, we wake up very early, head to farms, mills, processing stations, and then more farms, and meet […]