The rapid evolution of the world’s economies and ecosystems has led to an array of difficulties for the modern coffee farmer. Among these concerns are diseases, such as coffee leaf rust and the coffee berry borer, and threats to sustainability due to the shifting climate. One of the most prominent difficulties for the coffee farmer, however, lies in economic stability. The coffee market has been set by the commodities market, or C market. This price serves as the baseline cost for commodity grade coffee, and is subject to the shifts of a volatile marketplace.

In an attempt to assuage the hardship wrought by a volatile market, an array of certifications and ethical guidelines have been implemented within the specialty-coffee market. This includes certifications such as Fair Trade and Bird Friendly coffee, alongside a growing number of coffee companies building direct-trade relationships. One organization trying to provide a more sustainable lifestyle for farmers is Firsthand Coffee, located at West Virginia University.

In 2006, Bradley Wilson, geography professor and director of food justice at West Virginia University, moved to San Ramon, Nicaragua. It was here that Bradley got the impetus to start Firsthand Coffee. His home in San Ramon housed a flourishing mango tree; as the mangos began to ripen, Wilson’s neighbor, a 3-year-old girl named Sarita, would ask if she could have one of them. Through Sarita, Bradley was introduced to her parents, Sebastian and Sadie, who worked at the local coffee co-op, La Hermandad. While working with Sebastian and Sadie, Wilson noticed the difficulties the cooperative faced in supporting the livelihood of the community and their workers. In an attempt to help the La Hermandad community flourish, Bradley started Firsthand Coffee.

Upon returning to the United States, Bradley’s mission to support La Hermandad began in the Appalachian community of Morgantown, W.V. Here, he found students wanting to give back to coffee farmers as well. In 2010, Bradley and several students began “selling coffee out of their backpacks on campus,” shares Nick Eplin, coffee administrator at Firsthand.

Since the grassroots foundation of the organization, Firsthand has grown into an owner-operated organization with substantial distribution across West Virginia. Currently, Firsthand sells coffee to all West Virginia University dining services, in addition to local cafés and restaurants.

Through their growth, Firsthand has maintained the founding philosophy of giving back to La Hermandad. The organization continues to directly source their coffee from La Hermandad, while paying well above the C price. Moreover, Firsthand has helped La Hermandad secure Fair Trade certification. However, those at Firsthand recognize the limitations of Fair Trade, and have implemented their own Fair Share policy. Through this policy, the organization “contributes 20 percent of [their] profits to the mountain communities [they] do business in, both regional and international,” states Nick. This has resulted in Firsthand contributing $45,000 dollars to La Hermandad and Appalachian farms. On the farm level at La Hermandad, Firsthand has fostered economic diversification in the form of market gardens and eco-tourism. Furthermore, Firsthand supports West Virginia farms by “providing alternative farming opportunities in southern coal fields,” says Nick. Through this economic diversification, La Hermandad has been “voted as the best eco-tourism location in San Ramon, and is now a self-sustaining operation,” shares Nick.

After helping grow La Hermandad into a sustainable farm, Firsthand is now helping to grow other developing coffee co-ops. The organization is currently working with the Mzuzu Co-op in Malawi to foster the same level of sustainability seen at La Hermandad.

As for the future, Firsthand hopes to grow throughout West Virginia and the nation. The organization “has plans to partner with other universities. [They] are looking to work with Ohio State in the near future,” shares Nick. However, this growth will not only benefit the organization itself—Nick says that “by growing our presence throughout the nation, we can, in turn, contribute more to La Hermandad, the Mzuzu Co-op, and any future partnerships.” 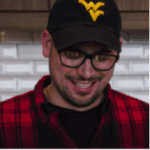 ABOUT THE AUTHOR
Travis Williamson is a coffee professional from the greater Pittsburgh area. Outside of coffee, he is on a quest for the perfect donut.