University of California, Davis researchers have released the first public genome sequence for Coffea arabica (commonly known as Arabica), the species accounting for more than 70 percent of global coffee production.

The release comes at a time when scientists and coffee professionals alike are seeing heightening concerns about the sustainability of coffee amid climate change-related threats. One recent example is the August 2016 report from the Climate Institute warning that climate change could reduce the global area suitable for coffee production by as much as 50 percent by 2050.

The Arabica genome sequence provides the coffee and scientific communities with crucial data that may be used to develop new disease-resistant, high-quality coffee varieties. The sequence has been published on phytozome.net, the public database of the U.S. Department of Energy’s Joint Genome Institute, and is available for use by plant breeders and scientists around the world. Funding for this research project was provided by Japan-based Suntory, which manufactures coffee drinks in addition to other products.

A team of four UC Davis researchers collaborated on the research project. Juan Medrano, a UC Davis geneticist and one of the co-researchers on the endeavor, says it took about a year and a half in total, and came from a perceived knowledge gap around coffee. “We were very surprised to find out there was very little knowledge of genomics or DNA technology in coffee, being such an important crop and affecting so many lives,” says Medrano. While the researchers knew that the genome for Coffea canephora (better known as robusta) was sequenced and released in 2014, they were excited to develop the genome sequence for the more commonly used—and more frequently coveted by the coffee community—Coffea arabica.

The research team had an ally in Good Land Organics, the farm near Santa Barbara that has defied tropical expectations by growing the first commercial coffee trees in the continental U.S. The University of California team collected genetic material, including RNA and DNA samples, from 23 Geisha trees growing at Good Land Organics. “For us it was a great advantage to be able to pull samples and have plants so close by,” says Medrano, “and to know that our research will eventually help them improve the quality of their product as well.”

The sequence was presented Sunday at the Plant & Animal Genome Conference in San Diego. Jay Ruskey, owner of Good Land Organics, not only attended the presentation but brought along Geisha plants to provide a visual accompaniment to the research as well as a sample of Geisha to taste. “The research was met with excitement,” says Medrano, “because we have done it very quickly and very efficiently. And now we’ll be able to keep working on it and improving it.” That continued work will include further refinement of the sequence and annotation of the genes, which will provide more detail for researchers using the sequencing.

For Medrano, the release of the Arabica genome sequence is an exciting not just from a scientific standpoint, but for what it may means for the future of the coffee industry. “I see this as a significant development for the coffee world to have this genome sequence publicly available for others to use,” he says. “I feel that the more information we have accessible, the more it’s going to benefit the sustainability of coffee in the long run.” 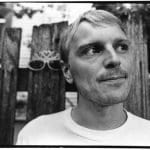 Chris Ryan is Content Director at Sustainable Harvest Coffee Importers in Portland, Ore. He previously spent four and a half years as Editor of Fresh Cup Magazine.