If its first event of 2017 is any indication, The Barista League’s second season will be some of the best coffee action all year!

On this evening in Oslo, 14 teams set out to complete three rounds of mind-blowing sensory analysis.

Round 1: A Brewtiful Mind This round was a test for all baristas to analyze and brew the best profiles of a mystery coffee provided by Swedish roaster, da Matteo. With no knowledge of origin prior to the competition, teams had 10 minutes to brew the best cup using the equipment of their choice which included Chemex, AeroPress, V60, and Kalita. Three judges—Kaya Carretta Herlofsen of Nordic Approach, Alexander Lenouvel Hansen of Collaborative Coffee Source, and Christian Gullbrandsson of da Matteo—had their work cut out for them as they scored each team based on aroma, flavor, balance, acidity, and body. With a maximum score of 10 points for this round, competitors could increase their scores by adding a quick review of brewing methods used and what flavor notes to look out for upon evaluation.

Round 2: Temporary Memory Boss This activity was a simple test of the senses. Teams were given five minutes to cup 10 unmarked bowls and match its counterpart accordingly. My observation: time was not on their side! As teams gathered around the Solberg & Hansen brew bar to strategize execution, nerves began to set in. The first team matched two out of five, the second one out of five, and the third two out of five. From the looks of it, it many of the competitors seemed to be having a case of sensory overload!

Round 3: The Mystery Round There were two parts to this final segment: Part A: Five questions were given to teams at the start of the competition, ranging from scientific names of coffee varieties, to the number of 250-gram bags needed to produce X number of espresso shots, to the processes used in the U.S. to pasturize cow and goats milk. For each question answered correctly, teams earned 15 extra seconds to use in Part B of this segment, the speed round.

The speed round proved to be the highlight of the night, wherein teams, despite Round 2 disparities, could show their impressive barista skills. Starting with three minutes—plus any extra seconds gained in Part A—teams had to create the most single-shot cappuccinos possible before time ran out. To be deemed acceptable by judges, each cappuccino would be graded on temperature, texture of milk, appearance, and taste. Many readers would say, “so, where is the catch?” Baristas weren’t using cow’s milk, but rather Oatly iKaffe—an oat-based, gluten-free dairy alternative made specifically for using with espresso drinks.

As teams geared up to show off their bar skills, the energy in the air was electric. Jørgen Hansrud, emcee of the night and the second half of Talor & Jørgen, revved up the crowd and got teams ready for a full-out battle. Using a three-group Sanremo Opera machine with high-tech CDS, baristas hammered through this round with a mission: to win.

After nearly five hours of competing, the results were in: Team East Side (Lise Marie Rømo and Ida Jansson) came out on top! In addition to The Barista League trophy, the Nord coffee duo also received an all-expenses-paid trip to Colombia with Collaborative Coffee Source to experience La Palma y El Tucan’s Coffee Adventures. From cherry picking and tons of cupping, to visits at wet mills and drying stations, Lise and Ida will have a packed week of fun and education in Colombia—just what they need to inspire them for the 2017 barista championship season. So, what’s next for them? World Barista Champions perhaps? Stay tuned!

The second event of The Barista League’s 2017 season will take place March 25–26 at da Matteo in Gothenburg, Sweden. Find out more details HERE. 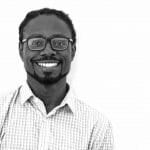 ABOUT THE AUTHOR
A coffee nomad, Martell Mason has lived in many parts of the world from Europe, Africa, the Middle East, and East Asia. With each journey, there has always been a quest to understand the complexities of coffee production, consumption, and trade. Now based in Oslo, Norway, Martell is the newly appointed account manager for Collaborative Coffee Source. Completing his MSc in Sustainable Development from the School of Oriental and African Studies, this nomad is ready to roam the globe in search of the best coffees producers in Central and South America, Africa, and beyond have to offer!