Portland was one of many cities to host a town hall to discuss the SCA Deferred Candidacy Policy, asking baristas and other coffee professionals to sound off on their thoughts, fears, and feelings regarding the 2018 slate of competitions to be held in Dubai, United Arab Emirates.

Earlier this month, the Specialty Coffee Association (SCA) announced a Deferred Candidacy Policy in response to public outrage at the decision to host several 2018 World Coffee Competitions in Dubai. The responses to that announcement have been widely documented and shared online, allowing a growing number of members of the global coffee community to connect and voice their opinions. In an effort to move the conversations into the physical realm, a series of town hall meetings have been taking place in cities across the United States and overseas. These meetings seek to connect coffee industry individuals and provide a forum to discuss their reactions and responses to the Deferred Candidacy Policy.

One such event, hosted in Portland, Ore., at the Buckman Coffee Factory by the Portland Coffee Social Club (PCSC), took place on Thursday night. PCSC, along with the greater Pacific Northwest coffee community, invited participants to the Southeast Portland shared-facility roastery, education hall and event space “to come together to share thoughts, input, encouragement, and brainstorming for how we will individually and collectively respond.”

Approximately 35 people were in attendance at the event, including past, present, and future coffee competitors and judges, employees of vendor companies, employees of event sponsor companies, volunteers, members of the coffee media, and representatives of the Barista Guild of America (BGA) Executive Council and both the Brewers Cup and barista competition working groups. Also in attendance was SCA Executive Director Ric Rhinehart, who traveled to Portland to attend the event and was invited specifically to listen and be available to answer any questions directed to him. The hosts laid out a set of rules and expectations for the evening, as well as a formal reading of the Code of Conduct for the Portland Coffee Social Club and a review of the timeline of events leading up to the town hall meeting.

An event moderator offered a prompt to begin the discussion: Where has the SCA let you down? Many people shared their reactions; several attendees expressed feeling disappointed and frustrated at the lack of process transparency and lack of representation by the SCA. One person shared that the policy “feels like a chronic invalidation of personal human experiences within the organization,” and creates feelings of anxiety for many people within the industry. One statement, read on behalf of a person who was not able to attend the event, pointed out specific concerns for the safety and well-being of any LGBTQI-identifying individuals traveling to the United Arab Emirates. The statement clearly denied the SCA’s ability to guarantee any person’s safety during an event held in Dubai. Many people wrestled with the conflicting desires to support competitors while still protesting the decision to host an event in Dubai and the rejection of the deferment policy. Others proposed that there have always been deeper issues present within the SCA and the specialty-coffee community regarding a lack of equality among members, but that the volatility of this decision had simply been a necessary catalyst to begin a much larger conversation.

A host from the PCSC moved the discussion from participants’ responses to proposed actions by reading a statement released by the Barista Guild of America, which also firmly denounced the SCA’s decision. That statement provided several available actions for members and non-members to have their voices heard, which the group was invited to add to and expand on. Many members of the town hall offered actions and next steps: cast a vote of “no confidence” in the current SCA board of directors; seek to create a regional SCA chapter with an elected representative (the United States does not currently have “chapter” status within the SCA following unification); demand more transparency and a formal apology from the SCA; demand the cancellation of all competition events in Dubai; encourage companies to pull sponsorships of future events; and begin smaller grassroots coffee competitions and events that could serve local populations in regions across the U.S.

Ric Rhinehart spoke openly to the group at the end of the evening’s discussion. Having been called on to define the voting rights of SCA members, he explained that all members have the power to petition to elect new representatives and to vote. He then shared a story from the late ’90s about a group of individuals who also felt unheard and unrepresented by their professional organization, who united their cause in an effort to create change. That group founded a new organization that was able to petition enough signatures to elect a new vice president to the board of directors. That group, which became the Roasters Guild of America, went on to elect the next five members of the board. 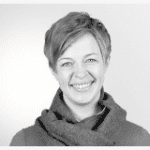 About baristamagazine 1799 Articles
Barista Magazine is the leading trade magazine in the world for the professional coffee community.
Website