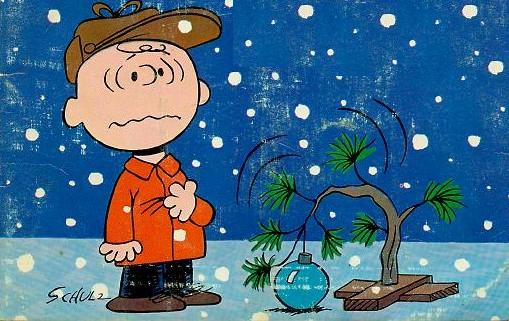 All right, it’s not so much that I’m against Christmas (no matter what Bill O’Rielly might want you to believe.) In fact, I think Christmas is pretty great. I love hanging out with my family and friends and having all the good holiday cheer and what not. This year looks to be pretty much a super day as my whole family is coming over to celebrate here at Barista Magazine’s World Headquarters, and then Sarah and I are taking them all to see the mighty Portland Trail Blazers take on the soon-to-be Oklahoma City Seattle Supersonics. This was to be a dream match-up between this year’s number one draft pick, Greg Oden, and number two, Kevin Durant. But alas, injuries make sure that won’t happen. Nonetheless, it’s certain to be a great time provided the Blazers win.

But what bugs me about Christmas, what makes my skin crawl is heading out to buy groceries in October and finding the entire store already decked out in a bizarre mismash of Halloween and Christmas decor, as the musak switches from “Monster Mash” to “Jingle Bells.” I’m for Christmas in December, I guess it what I’m saying. And I hate the entire concept of Black Friday which here in the States is the day after Thanksgiving (another awesome holiday too often swamped beneath the Christmas surge of spending) where everyone is supposed to go out and buy, buy, buy whatever Madison Avenue is selling. We saw on the news Thanksgiving eve, lines of people camped out in the Circuit City parking lot waiting for the store to open at midnight, along with reports of other stores opening at 4am and so on. Service industry veteran that I am all I think about is the workers who get their holiday cut short so they can come in an open the store at some ungodly hour.

But then I was reading James Hoffmann’s blog and I suddenly saw something that seemed like it would totally be worth camping out for (and it’s not his new GS/3, which is just a bit outside of my price range) but this:

And then he goes and says it satire, so I guess it’s not really available for the Wii. Sigh.