The Charlotte Coffee Collective gathered to voice their concerns about the recent slate of international coffee competitions set to take place in Dubai in 2018, and the SCA’s response to community protest.

On the evening of Wednesday, November 15, 17 members of the Charlotte Coffee Collective (CCC) gathered to discuss the Specialty Coffee Association’s (SCA) decision to host the 2018 World Coffee Competitions in Dubai and the recently announced Deferred Candidacy Policy. Sitting in the foyer of Comic Girl Coffee—a space made by and for queer people, people of color, and the marginalized communities of Charlotte—attendees were surrounded by pride flags, paper streamers celebrating queer culture, and, of course, comic books. The mood, while friendly, was attentive and respectful.

The gathering was led by Brent Hall, a member of the Barista Guild of America’s (BGA) Executive Council. As attendees raised their questions and concerns, Hall would do his best to answer them honestly and fairly. Many of the questions revolved around the inner workings of the SCA: Who serves on the SCA board? How did those within the World Coffee Events board get there? How can we hold our board accountable when they make mistakes like this? It was clear that, despite a number of individuals present who had long-standing SCA and BGA memberships, few in the room truly understood how this global entity operated and made its decisions.

Other discussion themes revolved around diversity and representation, with questions like: Why are there only two parts of the world represented on the board: the United States (SCA) and Europe (SCAE)? Where are representatives from Africa, South America, Asia, etc.? Why aren’t there diversity minimums for our boards and councils?

Many were frustrated by the SCA’s lack of transparency and unhappy with the absence of communication from those in the upper echelons of the organization. They wondered: Where is the contact information for individual board members? Why aren’t they easily accessible? Why doesn’t the website include a bio about each board member so we can know who they are and who we are voting for?

Those who voiced perspectives during the meeting were against the Deferred Candidacy Policy, and not in favor of keeping the 2018 World Coffee Championships in Dubai. A number of individuals questioned the reasoning behind choosing Dubai as a host site, vocalizing their bewilderment as to why it was even an option in the first place when their laws were clearly unsafe to queer and trans people. One attendee, an SCA member, was visibly upset and shared their frustration in giving their hard-earned money to an organization that “treats me like I don’t exist.”

Said one of the CCC Organizers, Coléa Henderson: “The SCA needs to know that—at every level in the global coffee community—we see them, we are organized, and we are prepared to do what is necessary to hold them accountable for their problematic decision.” They added, “This town hall was a great reminder to our local coffee community of how our collective voices can effect change, and a reminder to SCA leadership that they are supposed to be working in the best interest of their members.”

The evening ended with a number of conversations on how to build and support grassroots-level coffee events. Many attendees shared their desire to get more connected with their local coffee community members, and brainstormed ways to do so.

“I was amazed at how wonderful, kind, and caring everyone who attended [the CCC town hall] was. Being able to talk about the multiple layers of issues at hand with the SCA and coming to a sort of consensus about how we as a community will handle it was healing,” said local barista Claire Lucas. “It’s important to start from the ground up. … Our town hall, and others around the globe, are setting examples for what the coffee community values and upholds!” 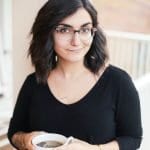 ABOUT THE AUTHOR
Diana Mnatsakanyan-Sapp is the co-creator and director of operations at Undercurrent Coffee in Charlotte, N.C. She is an SCA specialized instructor, trainer, and examiner, mother of two cats, and a semi-amateur Netflix marathoner. She can be reached at diana@undercurrentcoffee.com.