In this series on Barista Magazine Online, coffee producers talk about what a low C-market price means to them.

The global commodity market for coffee has recently fallen to a 12-year low, dropping below $1.00/lb. and in many cases falling below the cost of production for coffee farmers. At the World Coffee Producers’ Forum in September, Roberto Velez, CEO of the Colombian Coffee Growers Federation (FNC), said, “It is today a desperate moment for the 25 million coffee growers around the world. It is a crisis beyond imagination.”

At the same event, Rene Leon Gomez, the executive secretary of Promecafe, which is based in Guatemala and represents many Central American coffee farmers said, “I would say millions of producers in the region are desperate right now. A lot of farms are being abandoned, social conditions have deteriorated.”

With these dire warnings in mind, and with the well-being of coffee farmers and the future of our industry weighing heavily on our hearts, we wanted to talk to some specialty-coffee producers from around the coffee-growing world and ask them what a low C market means to them, how it affects their farms, and what kind of an impact the collapsing C has on their communities.

We have more coverage on the C market in the December 2018 + January 2019 Issue of Barista Magazine. Chris Ryan writes about the C market and why it’s important even to specialty producers in “A Volatile Presence: Understanding the C Market and How It Works.”

In this series, we hear directly from coffee producers about how the low C impacts them; in this installment, we talk with Javier Faus from Brazil. 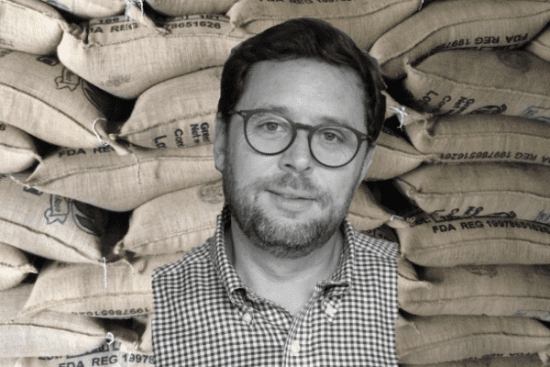 Javier Faus is an exporter at Bourbon Specialty in Brazil. He brings a slightly different perspective on the C market than many producers because he works on bringing the coffee to market in Brazil, which is as a whole better positioned to mitigate the negative aspects of the low C market because of the size of the harvest and relative strength of their currency. “The C market is very transparent,” he says. “It affects a lot of coffee. Sometimes it helps us, but now it’s hurting.”

“If you just focus on the C,” he says bluntly, “it’s really low. You have to see the valuation of our local currency. The problem is that fertilizers are priced in dollars, so [the farmers will] put less. It’s going to affect quality and volume. Volume that’s good, because it drives down the amount of coffee available and drive up prices.”

The brutal realization many farmers face is that the low C market is reacting to its earlier enticement to plant. “The market says produce, produce [when the market is high],” says Javier, “but then they say there’s too much [coffee].”

“I’ve been in this market for 15 years. There are always cycles,” he says. “We were selling coffees at good prices the last three years,” and that encourages farmers to plant more, which makes it tough when the market switches.

“The best thing we [can] do for the producer is to take time to explain the trading techniques for risk management. You can have the government give them money, but there are always going to be cycles.”

Javier says he tries to teach producers how to use the C market to their advantage. “We see producers raise their quality and raise their production. But in terms of managing their risks, they need to focus on this part of the business,” Javier says. “When the market is high you can sell forward, but people are not taking advantage of this.”

“The producers sell [their coffee] in advance,” he says, in typical years. “This year they didn’t want to sell because the last two years they had better prices. [And] it’s difficult to sell cheaper.”

Javier has a fairly stoic attitude overall toward the low C. “You can complain, but that’s the reality. So we have to find ways to deal with it. It’s difficult, but we have strategies.”

Overall, he says, the low C market will not drive farmers away from growing coffee in Brazil. “They will wait awhile for the market to come back again, but they will not stop producing. In the flat lands area, they’re OK. The mountain coffees, they feel it more. They’re not mechanized, so their costs are more.”

“It’s something to worry about, but it’s something we’ve seen before,” Javier says. Then he emphasizes, “I’m talking about Brazil, and I know it’s much harder for other countries. Medium-sized farms are the ones that are really getting hurt. They don’t have the scale but their production costs are going up.”

Ultimately, Javier says, no matter where the C market goes, “I believe in the producers. They will go for productivity and [invest in] new varietals. [Managing the market is] not easy but it’s the best thing we can do for the producers is to give them education—something no one can take away from them. Teach them how to sail rough waters.”