Battle of the Brews brings bartenders and baristas together to design and craft signature drinks, combining booze with coffee to celebrate Sacramento Specialty Coffee Week.

The second-annual Battle of the Brews coffee cocktail competition took place this week at the Bottle and Barlow cocktail lounge in Sacramento, Calif. Sponsored by Temple Coffee Roasters and Cutwater Spirits, the Battle of the Brews was one of many events during the fourth-annual Sacramento Specialty Coffee Week. In the competition, bartenders and baristas paired up to create a unique craft cocktail using coffee and spirits of their choice while adhering to competition guidelines. Seven duos, in true coffee competition style, created their drinks on-site within a five-minute preparation period. The drinks were then scored by a panel of three sensory judges on expression of coffee and spirits, skill set, presentation, aroma, taste, and creativity.

This event was highly anticipated by coffee lovers in the area, but the room was mostly filled with full-time baristas and their friends. Competitors had to carefully cross the crowded room with their beverages, adding an extra layer of suspense to the scene.

Spectators crowded around the judge’s table—romantically lit with tea-light candles—and hoped to get a sip of one of the cocktails once the judges had written down their scores. Jeremiah Frazier, wholesale director for Temple Coffee, emceed the event, doing an excellent job at keeping the crowd engaged between cocktail presentations.

The judging panel included Chris Douley from Cutwater Spirits in San Diego; Christian Suzuki from Tradition Bar in San Francisco; and Sandra Loofbourow from Royal Coffee in Oakland, Calif. As a judge, Chris focused on how well the drink represented the chosen spirit (from Cutwater’s line) and the coffee (from the barista’s home café), as well as whether it was a beverage you may actually find at a cocktail bar.

One of the competitors, Summer Johnston from Shine Café, who worked alongside Keller Johnson from the Ten Ten Room, said, “I learned so much about coffee and spirits to prepare for this competition. I’m really glad I got to compete.”

Josiah Meeker from Temple Coffee worked with Tommy Finley from a local tiki bar, The Jungle Bird, to make a nitro-cold-brew float made with banana gelato and barrel-aged rum. They called their creation The Banana Stand.

While we only highlighted a few of the drinks that came out of that night, all of them were really creative, tasty, and could have been featured at any bar. But only the top three pairs got prize packages sponsored by Aerobie, Espresso Supply, Toddy, Espresso Parts, Brewista, Temple Coffee, and Cutwater Spirits. Katie French (Camellia Coffee Roasters) and Nick Amano (Kru Contemporary Japanese Cuisine) took third place. Alec Watson (FourScore Coffee) and Chad Brown (B-Side) took second, and in first place was Max Khaliziev (Pachamama Coffee Cooperative) and Fernando Oliva (Bottle and Barlow). Check out their winning recipe below.

Serve:
– Smoked snifter with cinnamon and anise with dash of Yellow Chartreuse
– Mix all alcohol + coffee + bitters in a mixing glass and quick stir
– Serve drink in the smoked snifter
– Express lemon oil outside of glass
– Must be served at room temperature

Note: Corojo is a type of tobacco, used for wrapping cigars.

If you find yourself in Sacramento, lucky you! Be sure to check out the cafés and bars of these dedicated professionals—you won’t be disappointed. 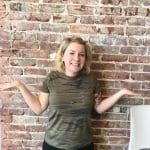 ABOUT THE AUTHOR
Kelly Hill is the director of education for Temple Coffee Roasters in Sacramento. She has enjoyed watching the specialty-coffee community in Sacramento grow over the last six years. Kelly has helped organize many coffee events in the area and has big plans for the future of the community. In her spare time, she enjoys eating ice cream, playing Tetris, and hanging out with her two cats.