In Part One of this series, we introduced you to café de olla, a coffee drink native to Mexico. Now, we explore how the drink is tied to the Mexican Revolution and look at its modern-day revival.

We recommend you read part one of this series before jumping into this article!

Spicing and sweetening beverages is so natural and traditional to Mesoamericans that it’s likely that something like café de olla already existed before its apocryphal origin story, but the story of the Mexican Revolution is such a good one that it’s worth retelling.

The Mexican Revolution began in 1910 as Mexicans demanded a change from the decades-long rule of Porfirio Díaz; it ended a decade later with the formation of the PRI, the Institutional Revolutionary Party, which would remain in power for the better part of the next century (in fact, Mexico’s sitting president, Enrique Peña Nieto, is a member of the PRI). The 10-year span between these two events saw multiple regional skirmishes, at least one political assassination, the rise and fall of several political parties, and the deaths of at least 1 million people.

A brief overview: Porfirio Díaz had been in power for consecutive terms since 1884, but had announced that  in 1910 he would not be seeking reelection. Not only did he seek reelection, he threw his opponent Francisco I. Madero in jail. Madero escaped to Laredo, Texas, where he started a revolution against the Porfiriato. Madero became president in 1911, but the victory was short-lived as both he and his vice president were assassinated in 1913. With U.S. backing, Victoriano Huerta took power with the support of wealthy landowners. His attempts at maintaining the status quo unified the many factions of regional revolutionaries against him, and Mexico fell into civil war. Well-known leaders like Pancho Villa and Emiliano Zapata formed formidable regional armies, but by the end of the decade they all fell to the Constitutionalists led by Venustiano Carranza. Carranza became the first president under the new constitution, kicking off the PRI party dominance that would last for most of the 20th century.

The Mexican Revolution affected the entire country; with the formation of regional armies, most men left their farmlands (or were forced to leave) to go to war. In some cases their wives went with them voluntarily; however, the reality of being a woman alone in a rural area during wartime meant that there wasn’t much of a choice. There were some important milestones for women during this time. With so few men left to report on what was happening, middle- and upper-class women who could read and write were able to work as journalists, professors, and secretaries. If they wanted to fight, they could become soldaderas; Petra Herrera, like many women, began fighting by disguising herself as a man while serving in Pancho Villa’s battalion. She gained such renown that she was able to reveal her gender and was promoted to the rank of colonel.

The women who participated in the war effort are affectionately called Adelitas, named after Adela Velarde Pérez, a nurse from Ciudad Juarez who even has her own corrido. Many years after the war ended she received high honors for being a veteran of war. Thanks to to her service, and the incredible stories of the soldaderas on the front lines, the role women played in the Mexican Revolution has been widely celebrated and romanticized.

Despite this romanticization, the vast majority of women worked in service to the men of the camps; the fact that women were allowed to work for money was in itself a step forward, but the extent of their services and the treatment these women received is still unclear. In any case, being a camp follower was brutal work: They carried all the soldier’s gear, set up and broke down camps, and cooked all the food. It was here, in the war camps of the Mexican Revolution, that café de olla was born. The Adelitas served coffee to the soldiers each morning, dressing it up with spices and sweeteners just as they would do with a batch of atole.

It’s worth noting that none of the spices in this drink are native to the Americas: Cinnamon, clove, star anise, and sugarcane are all from Southeast Asia. How did they end up in this quintessentially American drink? Traditionally, corn drinks were sweetened with honey and vanilla, and spiced with nutmeg and cacao, all native to the Americas. Cinnamon and clove, brought from distant colonized lands, became important ingredients in traditional Central American cuisine, and to this day Mexico remains one of the largest importers of cinnamon. As for honey, by the turn of  the 20th century, processed sugar had become widely available. These factors all speak to the complex history of the Americas: a mix of indigenous and European cultures, with influences from other colonized nations thrown in seemingly at random, together forming a tapestry of cultural identity.

Over the past 100 years, café de olla has developed its own identity. It’s a staple at holiday celebrations, and people to this day serve it in their restaurants, taquerias, and cafés. But it’s never really broken through the stigma of the social structures of Latin America. Food can be a powerful status symbol, and in post-colonial Mexico, most Europeans and criollos preferred their coffee black rather than sweetened and spiced in the way they saw native people drinking it. In the countryside, traditional drinks might have been slowly overtaken by coffee, but were never really eradicated. For example, pinole is still served in rural Honduras, often with a splash of coffee added in. Pinole remains an important piece of cultural identity for the people of Central America; it’s the kind of thing your family sends to the U.S. to remind you of home.

There’s an important shift happening in our industry, and hopefully in the world at large, where we find ourselves enjoying beverages traditional outside of Europe, and making room for them on our menus. Dignifying the way people drink coffee at home in their grandmother’s kitchen is a big deal, but not a new phenomenon. Remember when the moka pot came into style again? It’s likely that for a large swath of Italian-Americans, this device reminded them of their family’s particular way of making coffee. There was no feeling of discovery or invention; we were simply elevating a brew device that had been relegated to the dusty corners of the past. The same is true here: Café de olla is not new, nor was it invented recently. It’s been around a long time. We have the opportunity to elevate and dignify this delicious drink, honoring the people who made it and who drink it to this day.

We as an industry have a lot to learn from the way people drink coffee in their homes all over the world; coffee is a vibrant, crucial part of many cultures, and it can be a vehicle for incredibly diverse traditions. 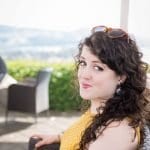 About baristamagazine 1839 Articles
Barista Magazine is the leading trade magazine in the world for the professional coffee community.
Website