Folks from the NYC Democratic Socialists of America, the NYC Industrial Workers of the World, and Strikecorps came together to host a panel about unions and organizing workers.

On July 30, the NYC Democratic Socialists of America, the NYC Industrial Workers of the World, and Strikecorps hosted a panel of service industry workers and activists to discuss how worker-led unions and collective action can be used to address low wages, sexual harassment, racial discrimination, and other issues affecting service industry workers.

While the panel represented a diverse range of workplaces, their common message was the importance of fighting for dignity at work without fear. Instead of simply quitting after experiencing wage theft, discrimination, or harassment, they chose to organize their workplaces.

Kriss Marchena of the United Kava Workers said, “We didn’t want to work in fear … the fear of being fired any time, scheduled at random times, or [having] our pay stolen from us.”

Korbin Richards, a former barista at Gimme! Coffee, said that unionizing was a direct way to address issues like sexual harassment because it offered opportunities for workers to come together to talk about their shared experiences instead of keeping it to themselves.

For immigrants like Mahoma Lopez, a participant in the Hot & Crusty campaign, organizing was a direct path for respect and security. Instead of fleeing threats from exploitative employers, immigrant workers stood their ground against management.

All panel participants touched on how the unionization effort was a struggle against managers and owners.

Samantha Mason, a member of the bargaining unit at Gimme! Coffee, said she felt the company could have recognized the union immediately after they presented their signed union cards. She expressed her frustration that an election was held and that the company hosted what she felt were anti-union presentations, which Samantha reports that employees were required to attend.

Korbin stated that once baristas wanted to negotiate a contract, the owners dropped what Korbin says was a façade of being a family. She said, “People’s true colors came out. The management’s first allegiance was to profit, not their workers.”

Once negotiations were underway at Gimme! Coffee, Samantha spoke of how management wanted to increase their control of workers under the guise of hospitality. “The first thing in our employee review is that you get is a point system which is tied to your raise,” Samantha says. “Smiles, make appropriate eye contact with every customer, etc.”

“[Management was] just complaining that they can’t tell workers what to do all the time,” she said, “You can’t quantify courtesy unless you’re being monitored 24/7.”

Another portion of the discussion focused on the panelists’ efforts to build worker power without replicating the top-down hierarchy imposed by their managers at work.

Luis Brennan, the Burgerville Workers Union representative, spoke about their union as “worker-driven and worker-led.” Rather than relying on traditional organizing efforts funded by large unions, their efforts were grassroots collective action.

The panelists agreed that the service industry required a different model of union organizing, demanding equal representation and direct action. Such activity ranged from picketing storefronts to collectively walking out when workplace temperatures exceeded safe temperatures due to a broken air conditioner.

For the Gimme! Coffee union, Korbin stated, “We did not choose to mimic the common membership model where you elect a president and create a hierarchy within your membership.” Instead, they opted for building “horizontal power” to reflect the union’s democratic values.

“Movements are built by workers mobilizing themselves into action,” Luis said. “We should be looking at the ways we can support workers building their own power, and unions are the cornerstone of that effort.” 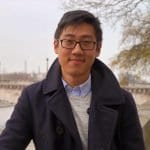 Honda Wang is a writer based in Brooklyn, N.Y.
About baristamagazine 1803 Articles
Barista Magazine is the leading trade magazine in the world for the professional coffee community.
Website