What is the perfect music to play inside a café? We explore why music is important to shops and how baristas make decisions on the perfect soundtrack to play for their opening shifts.

Have you been inside a gym without music? It’s bizarre. The sonic imprint of the place becomes aggressive. The cracking bones, the weird breathing of heavy labor, the equipment clanging back on its shelf—all of it bludgeons the ears. Pipe in a little music, though, and you’ve come a long way in dissolving the embarrassing and intimate. With a sonic buffer, so much of what we do is made better: life, work, exercise. The gym unmediated by music is an uncomfortable place to be. But a space far more important to me than any gym is the coffee shop.

I have spent a lot of my life in coffee shops. Over the years, I’ve labored behind the counter as a barista, but also in the café as a patron. This, in addition to having overwrought opinions on music, has behooved me to think about what kind of music is appropriate to play in coffee shops.

Great is the benefit of soundtracking public spaces: In the same way that alcohol lubricates conversation, music allows coffee-shop dwellers an easy semblance of concealment. The combination of white noise and music affords us the kind of vulnerability we need when using a public space to do delicate things. A breakup, say, or essay writing, or just answering emails benefit from music because, somehow, music makes doing these things feel natural. A sense of flow pervades the space: Each track on the playlist sequences onto the next, every moment segues naturally into the other, espresso passes through the aerated milk.

Why we soundtrack coffee shops is clear. The question of what to play, though, is harder to answer.

In the 1700s, coffee shops, or “coffeehouses,” were centers of introspection and privacy from political authority. Markman Ellis writes in The Coffee-House: A Cultural History that coffeehouses were also nodes of data, where patrons could expect an education of one form or another:

“The coffeehouses, in short, became markets for specialized information, as well as places to drink coffee, stay warm and read the newspapers. To scholars, both of the arts and sciences, coffeehouses became one of the most significant locations for debate and the exchange of ideas, evolving into an important research tool, somewhere between a peer-review system, an encyclopedia, a research center and a symposium.”

There’s been a transformation of the coffeehouse from unscrupulous places like barbershops to now, in which we have no live music around the beverage, but instead, Spotify, Pandora, and algorithmic playlists. What should these streaming solutions play?

At his shop in Los Angeles, Ryan X. Peterson plays a mix of hip-hop, indie, and soul through a Sonos sound system. Playing tracks from an incredibly long playlist, Verve Coffee Roasters broadcasts the playlists’ music to the speakers in their respective shops.

A nice touch to this method is that the playlist is ordered in a way that’s sensitive to the time of day: In the morning, classic and neo-soul. The afternoon picks up the energy of the café with throw-back hip-hop and uptempo rock. The evening brings the calming vibes of lush post-rock and electronic music.

This is the first shop that Ryan has worked where he hasn’t hand-selected its music. “In a perfect world,” he says,“I would plug into Spotify and just play the good stuff.” Ryan, whose tastes skew towards second-wave ska and bands like The Cramps, says that it’s not about playing the song that you want, but playing the songs that are right. “A younger version of me wouldn’t mind playing Power Trip, or classic thrash like D.R.I.,” he says. “But that’s not what everyone wants to listen to—I understand that.” As for the prescribed music, Ryan’s lukewarm. “It’s generally palatable. The harshest criticism I could give to it is that it’s boring.”

On the other side of the country, Jenny Smith enjoys a little more freedom. As a barista at Due South Coffee Roasters in Greenville, S.C., and formerly Central Coffee in Charlotte, N.C., Jenny uses her smart phone to stream playlists based on artists of her choosing. Using Pandora Radio, Jenny strikes a balance between R&B, funk, and jazz. “It affects [the customers’] mood,” Jenny says. “We try to play something for everybody.” Jenny talks about soundtracking her shop in a way that implies an accumulation of skill over time. “You pick it up eventually,” she says. “After a while, you see people singing or dancing in line.”

Of the typical indie coffee-shop music, Jenny says it’s “overplayed and expected.” Sleepy indie music isn’t her thing. Just like the vibe of her shop, she wants the music to have something distinct about it.

Of course, like all consumers of algorithmic playlists, Jenny doesn’t truly get to play what she wants. There’s an illusion of choice here: Solutions like these will get us close to engendering the ethos we’re looking for in our cafés, but it can never get us all the way there—not unless we’re choosing what’s played, song by song.

I don’t want to pander, but baristas I’ve known have great taste. In art, film, and music, baristas harbor a wide breadth of knowledge for the culturally arcane and well-performed. They’re also observant, which is why baristas alone are the best barometers for knowing what music should be played in their stores—not playlists, but the actual human beings who are always present, absorbing the constantly changing feel of the store. These are the folks able to marry the vibe of their shop with its soundtrack in real time. Successful soundtracking comes from synthesizing the vibe of the shop with one’s own musical resources and taste. In this way, you give your shop a life and identity.

One practical way to do this, Ryan suggests, is to play one album all the way though. The trick is choosing an artist whose singles folks will recognize, but whose deeper cuts are also enjoyable— The Cure or Sade, for example. Let’s leave decisions like these up to baristas. Maybe this is the cure we need. 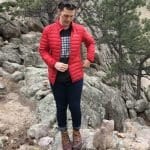 ABOUT THE AUTHOR
Erin Dawson is a writer and software documentarian in Los Angeles. She hosts a storytelling group in L.A., reads lots of music journalism, and often deletes space on her phone for more podcasts. You can find her on Twitter at @jesuppose.