Houston joins the discussion regarding the SCA’s decision to host a slate of coffee competitions in Dubai and the Deferred Candidacy Policy put in place as a response.

On November 21, a number of Houston coffee professionals held their first town hall-style meeting to discuss the decisions from the Specialty Coffee Association (SCA) to both hold a slate of international competitions hosted by World Coffee Events (WCE) in Dubai and to launch a Deferred Candidacy Policy (DCP) for members who would not be allowed into Dubai or did not feel safe attending. The choice of Dubai as host of the global competitions has caused a large amount of outcry from the local coffee communities because of its humans rights record as well as its treatment of and laws against the LGBTQIA+ communities. Many also feel that the SCA has ignored their members’ protests about the decision. The attendees to the town hall event included a variety of local SCA members, including local shop owners, roasters, and baristas, as well as SCA instructors and board members.

The attendees were joined by Guy Burdett, president of InterAmerican Coffee and treasurer of the SCA, to help answer questions. Many of the attendees had read a transcript of a similar event in Seattle earlier in the month. Houston was ready with questions for Guy about the SCA’s decision-making process, who to hold accountable, and if the event venue had any chance of being changed. Guy thanked everyone for allowing him the chance to answer their questions and to tame their bewilderment at the SCA’s decisions. He emphasized that the SCA board is currently gathering feedback from its members regarding Dubai and the DCP.

Allen Leibowitz, owner of Momentum Coffee and an SCA-accredited lead instructor and immediate former chair of the Roasters Guild, said that the members’ strong reaction to the decision to hold the global competitions in Dubai is an indication of how the SCA is maturing as an organization. Allen also had several grievances with how the SCA was handling communication regarding the selection of Dubai and the DCP. Allen stated that the board members had been slow to respond or unresponsive to member emails, and that the poor marketing of the organization was only serving to veil the good intentions from the SCA. Allen’s remarks were well-received by the attendees.

Guy informed the attendees that the SCA still intends to hold the WCE competitions in Dubai because Dubai has an emerging coffee market that the SCA is obligated to assist. Additionally, the SCA’s contract with Dubai makes it too difficult to withdraw. John Sanson of Pearland Coffee Roasters chimed in to say that they were disappointed that the SCA didn’t seem to have a clear decision-making process for selecting event venues. John asserted that Houston is one of the most diverse cities in the U.S. and also has a developing coffee market that could be better supported by the SCA.

The attendees most of all expressed their hesitation to continue being members and participants of the SCA. For David Buehrer of Greenway Coffee, the decision was clear: He stated that he already had canceled his membership with the organization and was publicly speaking out against the SCA’s selection of Dubai and the DCP. David claimed that they would join again when the competition venue was not in such a controversial location. Matt Toomey of Boomtown Coffee said that they would still proceed with his entry into the Cup Tasters Championship, but if they happened to win, they would demand deferred candidacy as a way to demonstrate their objection.

Guy Burdett stated that inclusivity is a difficult situation to navigate. However, many of the attendees in Houston think the way to achieve inclusivity is by demanding higher standards from the organizations that are meant to represent our industry without marginalizing or excluding their members. Deferred inclusivity is no inclusivity at all. 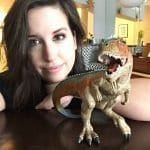 ABOUT THE AUTHOR
Stacy Wright is a manager and barista at Inversion Coffee in Houston. She’s been participating in Barista Guild of America and SCA events since 2014 and is a recent member of Cherry Roast, an organization focused on inclusivity.