Cultivar Coffee hosted one of many town halls in Dallas to discuss the SCA’s Deferred Candidacy Policy announcement, bringing together baristas from all over North Texas.

On Sunday, November 19, Dallas and the greater metroplex area got together at Cultivar Coffee to chat about the Specialty Coffee Association’s (SCA) Deferred Candidacy Policy and the overall decision to hold international coffee events in Dubai. The event was livestreamed due to the widespread nature of the local coffee community, and drew a solid in-person turnout considering that it was only on the books for a few days before it occurred. Dallas doesn’t have any Executive Council members, SCA board members, or really anyone that could answer some questions that folks might have had, but the community needed to talk about this, and so it turned to local members to discuss concerns and fears.

The conversation started with a quick code of conduct, something that the Dallas coffee community doesn’t currently have in place, and moved quickly into the who, what, and why of the issue at hand. Questions about queer competitors’ perspectives on the United Arab Emirates’ (UAE) anti-semitic laws and how community members can affect change all cropped up and were answered in kind.

“I guess I just really don’t understand the depth, the feeling behind LGBTQIA competitor disappointment, and I really would like to. When I read the policy, nothing particularly jumped out to me, and I would really like to hear the feeling behind it,” said Austin Mann of West Oak Coffee in Denton, Texas. The general sentiment of his statement is not uncommon in our area. Most people in coffee around here are white, straight, cisgendered people, but that doesn’t disvalue the care and curiosity that they take when it comes to feelings that aren’t shared by them. Austin directed his question toward me, a brown, queer, gender non-conforming competitor, and heard my answer with a full heart. My response resonated with that of a lot of the queer community—an overwhelming sense of hurt. We don’t feel valued, we feel as if we are second-rate citizens, we feel as if our voices aren’t being heard, and mostly, we feel like the community that has given us a home has denounced our importance to its success. The community that comes with coffee is what gave my queerness a home, and I know that in our area, I’m not the only one who feels that way.

The next big topic of discussion was other laws that Dubai and the greater UAE has in place, specifically their anti-semitic laws. Nick Stevens, also of West Oak, and a 2018 Brewers Cup-advancing preliminaries competitor, discussed his religious beliefs, his dual citizenship in Israel, and the fear he has as a competitor if he were to make it to the world competition. Nick wasn’t quite happy that this issue had been ignored and brought up the wildly American-centric reaction to the Deferred Candidacy Policy. As a group, we discussed the other issues that come with American-focused reactions, such as the inability for people to get the proper visas to enter the U.S., and our current administration and the fact that an international competition being held in the U.S. again could be just as bad over the next several years. We checked ourselves and our privilege, and turned our focus to what good we can do as a small community.

Once we shifted our conversation to community-based action, we discussed the desire to host more inclusive events in our area that riffed off other events happening all over the U.S., such as Denver’s Cherry Roast, and the recently formed Queer Coffee Events organization. Events centering queer and women voices should be cropping up all over the Dallas metroplex through the following months and hopefully will allow us to be as inclusive and progressive as other leaders in our nation, even here in conservative Dallas. 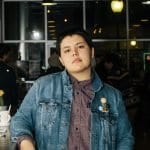 ABOUT THE AUTHOR
Oodie Taliaferro is a barista at Cultivar Coffee in Dallas, Texas. They love rock climbing, cooking, and spending time with their dog when they’re not making coffee and leading a quiet revolution. You can reach them on Instagram and Twitter @juicycaturra.